It's Christmas Eve day!  My bread machine is kneading and rising dough for the much-requested cinnamon bun bread.  My oven just baked two sheets of snowball cookies because I had two egg whites left after making the cinnamon bun bread dough.  Now the delightful "stuffing bread" from Great Harvest is in the warm oven after being cut in rough cubes.  Note:  stuffing bread has onions, sage and all the seasonings you need for stuffing already baked in to a light wheat bread, how great is that?

So for a little stocking stuffer, here's a quick recipe for one last batch of cookies.  These cookies are almost guilt-free.   Our neighbors from the Saddleback Drive days, the Maryanskis passed this along to me probably 15 years ago.  We now live in the same neighborhood again, both of us moving here almost nine years ago.  We stopped in Michigan and Ohio first.  Kind of a nice little serendipity there.  They are the calmest, sweetest and rational people.  Perfect neighbors for when you have babies and toddlers in the house as we did then.  Now they are going to be grandparents this spring.  Awwww.....

Have a joyous and merry Christmas! 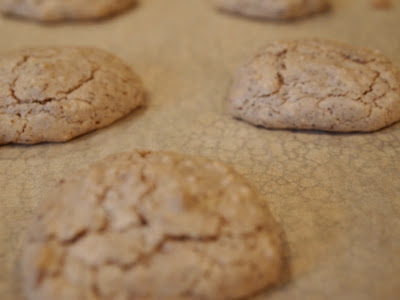 Heat oven to 350 degrees.  Line two cookie sheets with parchment paper (the box from Costco is fabulous, wider than the parchment from the grocery/Target).
Process the nuts and confectioner's sugar until finely ground (about 30 seconds to a minute).  Add the egg white and vanilla and process just until combined to a paste like consistency (alternately you can put the nut mixture in a bowl and just stir in the egg whites and vanilla).  Drop by teaspoonfuls onto the parchment lined sheets, placing 2-3 inches apart to allow the cookies to spread.  Bake for 10 minutes.  Let cool and harden before removing from sheets. 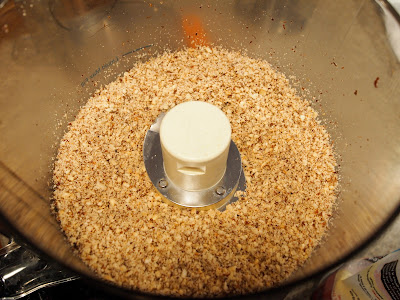